My Son Was in Detox 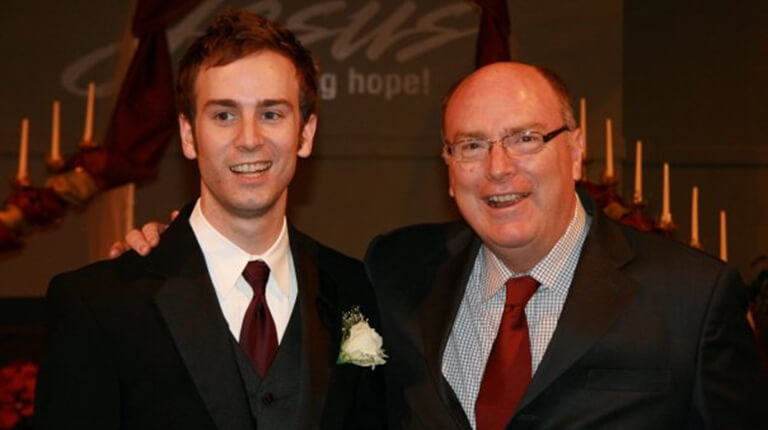 After my first son died of a drug overdose, I had no idea Janet and I would suffer the despair of watching our other son walk down that same dark road of substance abuse. I can’t think of a story that more powerfully portrays the concept of Missing Jesus, than that of my two sons.

Peter, our youngest, was just 4 years old when he told us that he believed in Jesus as his savior. Growing up in the church with Christian friends and a strong Christian family, it didn’t seem like his story would change so drastically.

I’ll never forget the lump in my throat when his mother and I first saw him pass on taking communion. That same week he would say it to our faces, “I don’t want to be a Christian anymore.”

These cold, hard words cut deep into our souls, as we were still mourning the recent death of our oldest son, Jeff.

For the next several years Peter continued spiraling further and further away from the Lord, but his story would not end in tragedy. I’m so grateful to the Lord for his intervention!

Something truly amazing happened, and I think it would be best for you to hear it from Peter himself. Click below to hear a short clip from when I sat down with him to talk about about his journey back to the Lord.

The pivotal moment was the day his drug habit was discovered at work. His secret was out and he checked into a detox facility in Washington state, possibly the lowest point in his life … and the place where he finally, truly, gave his life to Jesus.

As soon as we heard he was in detox, Janet and I packed our bags and started driving up the coast from Southern California. But our daughter Kate, who lived only hours from Peter, was determined to bring her brother home to the Lord, as well as to our family. She arrived before us and told Peter she wasn’t going to leave that detox facility until he repented and placed his faith in Christ.

Little did we know that the Lord had already started working in his heart. He had already repented and given his life to Christ before Kate had even arrived. He was now both my son and a brother-in-Christ!

These sound clips are taken from Peter’s full interview. Click here to listen to the full program.

A few weeks later, Peter entered a one-year program at Teen Challenge where he was finally able to kick the drug habit. Then he left for Moody Bible Institute where he met his awesome wife, Katrina. They were married and graduated together, and now a few years later, Peter has completed his Master’s of Divinity. This month they leave for the mission field in Peru.

Janet and I could not be more proud.

Peter’s story is one of many we tell in our recent book Missing Jesus. All of them help tell the same “great story” of how all of us desperately need to have Jesus at the center of our lives.

You can read more of Peter’s story, as well as many others like his, in our new book Missing Jesus: Find Your Life in His Great Story.

As the leader of the 80-year-old Haven Ministries, Charles Morris is always thinking of ways to lead Christians and non-Christians to Christ—hence the familiar slogan, “Telling the great story … it’s all about Jesus.” Charles is a former secular journalist, working for United Press International, and a former press secretary for two U.S. senators. After seminary, he started working in the Christian world, coming to Haven as the fourth speaker in 2000. He and his wife Janet have written several books, including Missing Jesus.