C.S. Lewis in His Own Words 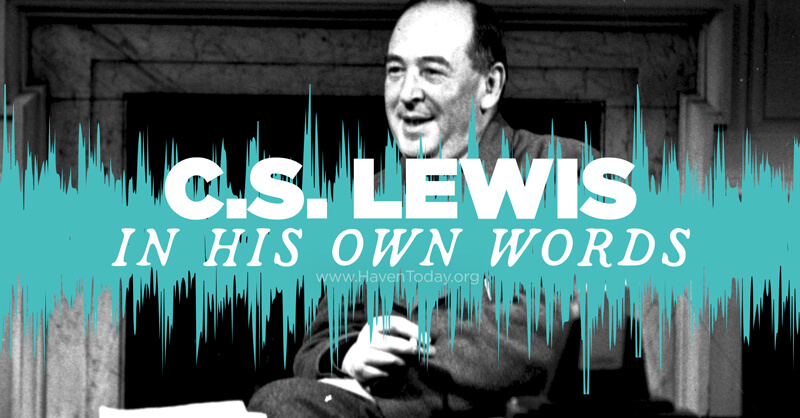 “I believe in Christianity as I believe that the sun has risen: not only because I see it, but because by it I see everything else.”

How well do you know C.S. Lewis? Most of us today never had the opportunity to meet him, so much of what we know of this iconic Christian figure is constructed from what we’ve seen in books and movies. Perhaps you’ve read some of his Narnia series or his classic Mere Christianity. Whether you’ve read all of his published work or just a little, it’s difficult for anyone to come away from his writings without new insights on what it means to believe in Christ.

Many of C.S. Lewis’ works of fiction, apologetic books and papers, Christian allegories, and personal letters are all packed with nuggets of truth on the Christian life that have inspired children and grown-ups alike for several decades. But when it comes to hearing from the man himself, actual recordings of Lewis are hard to come by. Until now …

Did you know that before Mere Christianity became a book, it was a compilation of radio talks that Lewis delivered for the BBC during World War II? At the time, many in Great Britain were disillusioned about faith in God and afraid for the future as constant air raid attacks rained down in their streets and neighborhoods. Of these great radio talks from World War II, below are the only two surviving recordings of C.S. Lewis on the radio … in his own words.