How to Approach the Abortion Conversation 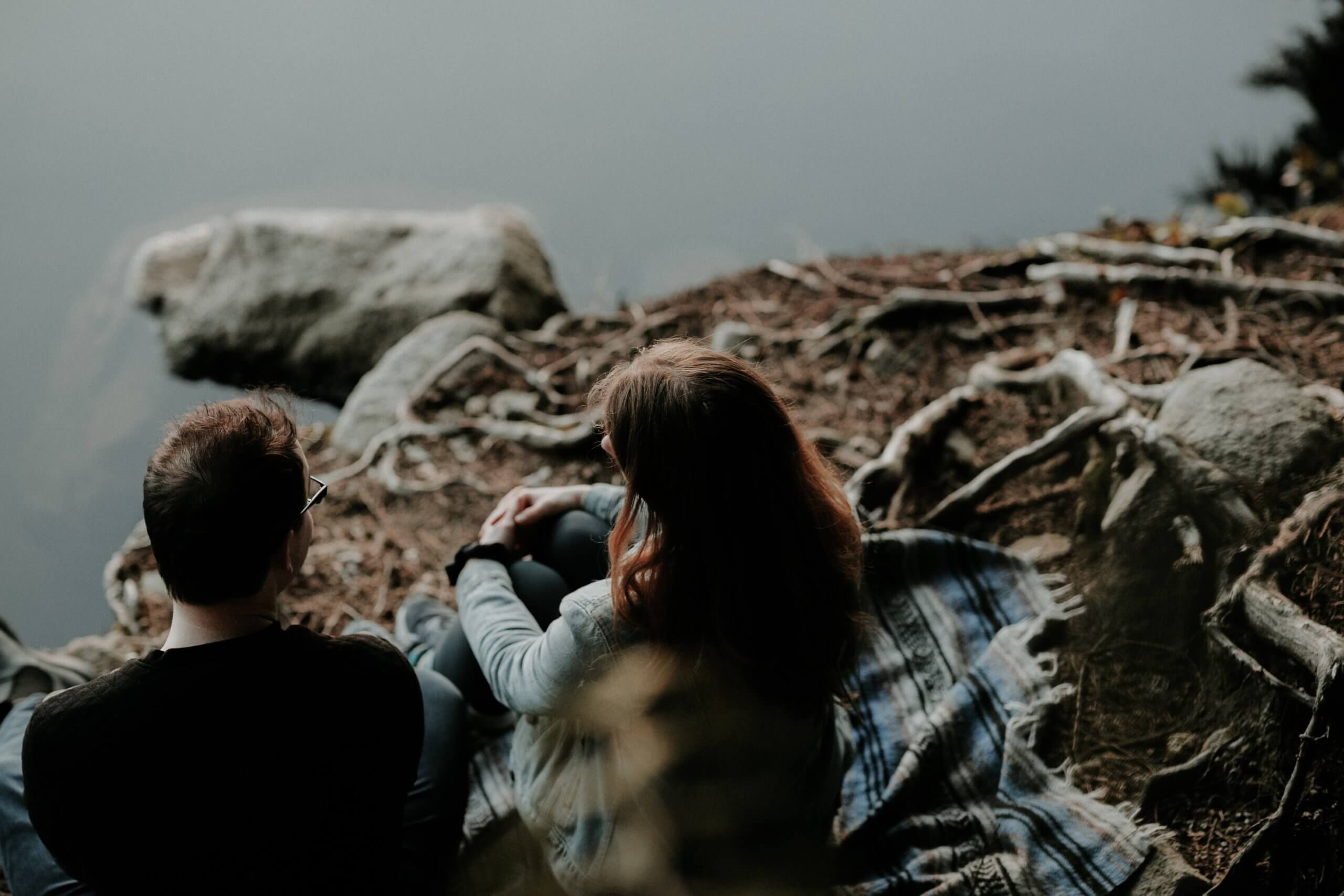 If you pay attention to the news (or even just your newsfeed), then you probably know that a recent measure in the New York State Senate has sent shockwaves throughout the nation. The bill expands access to abortion.

This conversation is always accompanied by very strong emotions–and rightfully so. What we’re talking about is the fundamental right to life.

If you are a follower of Jesus, the heart of our concern in this conversation is the preservation and protection of someone who has been created in the image of God. The endangerment of these precious little lives strikes us at our core.

This is also a conversation we’ve been having for a very long time. The Roe v. Wade decision was handed down in 1973–long before I was born.

But this conversation began long before then. In the Ancient Near East, farmers and shepherds sacrificed their infant children on the altar of a god called Molek in exchange for the promise of abundance. In the Roman Empire, citizens could simply abandon their unwanted children–leaving them outside for dead, along with the financial burden they brought to their parents. Today, reproductive health care sites help parents abort their children before they are born.

Nevertheless, there have also always been people who have seen the innate dignity of these precious children and have fought for their lives. This is a mindset that comes from God.

We want to be part of a movement of people who value and protect all human life. But if we want to see such a movement thrive in our generation, we’re going to need to be very thoughtful and very prayerful about how we engage this conversation. We’re not interested in simply sharing outrage on the subject. This isn’t just a topic of debate. It’s a matter of life and death.

Here are 6 thoughts for how we should approach the abortion conversation.

Listen, there is no room for ambiguity here. Elective abortion is wrong. The life that grows in the womb is a human life. Humans are made in the image of God. A person is a person regardless of whether their presence is wanted or not. Needlessly taking that life is wrong.

This is not a point on which we can compromise. There is no room for equivocation.

There also isn’t any room for being casual about the issue. Lives are literally at stake. We shouldn’t be okay with that.

At the same time, we need to make sure that our conviction is tempered with a sense of brokenness. Too often, our passion for a Pro-Life stance is tempered by something entirely different–self-righteousness.
When Jesus saw the spiritual decay and wrongdoing in Jerusalem, a city that he loved very much, his response was not to puff himself up with how spiritually vibrant and morally upright he himself was. (Even though no one on earth was more spiritually and morally pure than Jesus.)

Let’s take a cue from Jesus. Before we raise our voices and wag our fingers, let’s take some time to mourn. Mourn with a sense of love and longing for the spiritual wholeness even of those who are perpetrating evil.

We need to make sure our Pro-Life conviction is tempered with a sense of brokenness, not self-righteousness.

It’s really easy to judge people for the sins that you yourself don’t struggle with. Maybe you would never even think of you or your spouse having an abortion. And so you think that this gives you the right to judge a young woman who may be considering it. To stand over her. To think of her as a lesser person.
But we need to remember one thing. “But for the grace of God, so go I.”

If God has blessed you with the spiritual knowledge and resolute conviction to preserve these lives, remember this: that knowledge and conviction came from God. You didn’t deserve it. But by God’s grace you received it as a gift from the Holy Spirit.

We need to remember one thing. ‘But for the grace of God, so go I.’

It’s also easy to be Pro-Life when you have no skin in the game. I don’t mean for that to sound harsh, but it’s the reality.

It’s easy to tell a young, single, pregnant woman who is living in poverty and has no education or family support system that she should be Pro-Life. It’s harder to do something to help care for and love that life once it has left the womb.

By being involved in the lives of young women who are considering abortion, we can invite Jesus to work through us to save those children’s lives. Not through judgment, or threats, or a wagging finger. But through love. Through generosity. Through personal sacrifice that defends and cares for a life both in the womb and outside the womb.

We might think that it’s not really our responsibility to personally help young women with their infant children. We weren’t the ones who made bad choices and got ourselves into this mess!

But if we really want to make a lasting impact for the pro-life movement–and far more importantly, the Jesus movement–this is the kind of generosity that is required of us. We can’t change the direction of an entire culture from the sidelines.

We can’t change the direction of an entire culture from the sidelines.

An abortion has more than one victim. The mother often suffers greatly. We need to care deeply for the children who are lost through abortion. We need to also care deeply about the mothers who have been deeply wounded by abortion.

The Church needs to be a place where these mothers can receive grace and compassion without judgement. Where they can experience God’s forgiveness. Where they can mourn the loss of their child in community. Where they can feel the support of other broken people who are looking toward Jesus.

Instead of villainizing women who have had abortions, we need to receive them with the same open arms with which Jesus received us. When Jesus died on the cross, he died for every sin. Every sin. Even abortion. And when we give our lives to Jesus, there is no condemnation for us.

When Jesus died on the cross, he died for every sin. Even abortion.

All of this can leave us feeling discouraged. This is such a monumental task, and it can sometimes feel like the world is against us. But our outlook must still be hopeful.

The hard truth is this: we won’t be able to save every infant child. But with God’s help, we can preserve the lives of some. Far more lives may be saved than if we don’t do anything.

We need also to trust that Jesus is caring for the souls of those little ones we lose.

This can feel like a tall task. But we are not left to despair. The good news of Jesus has power. Revival is possible. As we proclaim the goodness of Jesus, hearts can change. Lives can change. Society can change. Rome, a place that once exposed its children and left them for dead, eventually became an epicenter of Christian faith and virtue.

But the only way that we can see systemic change on a mass scale is if the hearts of many are transformed by Jesus.

So proclaiming Jesus is our chief concern. Because Jesus has the power to change things.

Jesus has the power to make the impossible possible. The second we stop believing that is the second we lose this battle.

We work toward a future that sees God’s will done on earth as it is in heaven. And by God’s grace we can see something more beautiful tomorrow than we see today.

Dale Chamberlain originally began pursuing a career in the field of psychology before he felt God’s calling into pastoral ministry. He received his Bachelor’s Degree from Cal Poly Pomona before pursuing a Master of Divinity at Talbot. Dale discovered his passion for preaching, teaching, and wrestling with the big questions of life and faith. 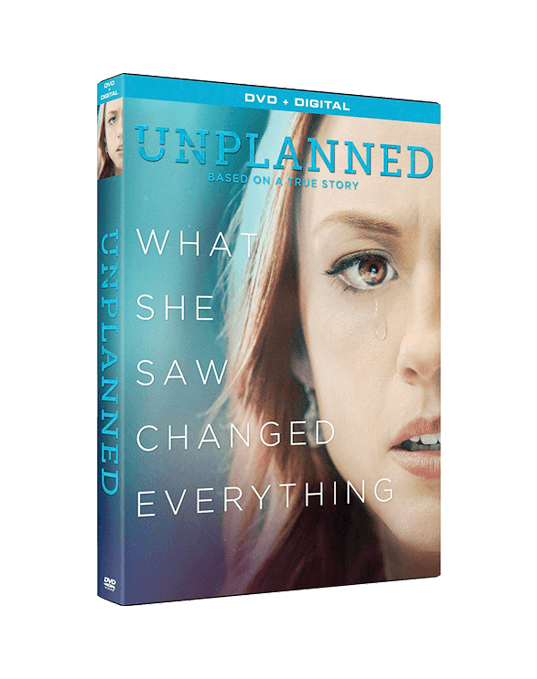 All Abby Johnson ever wanted to do was help women. She believed in a woman’s right to choose, and as one of the youngest Planned Parenthood clinic directors in the nation, she was involved in upwards of 22,000 abortions. Until the day she saw something that changed everything, leading Abby Johnson to join her former enemies at 40 Days for Life, and become one of the most ardent pro-life advocates in America.