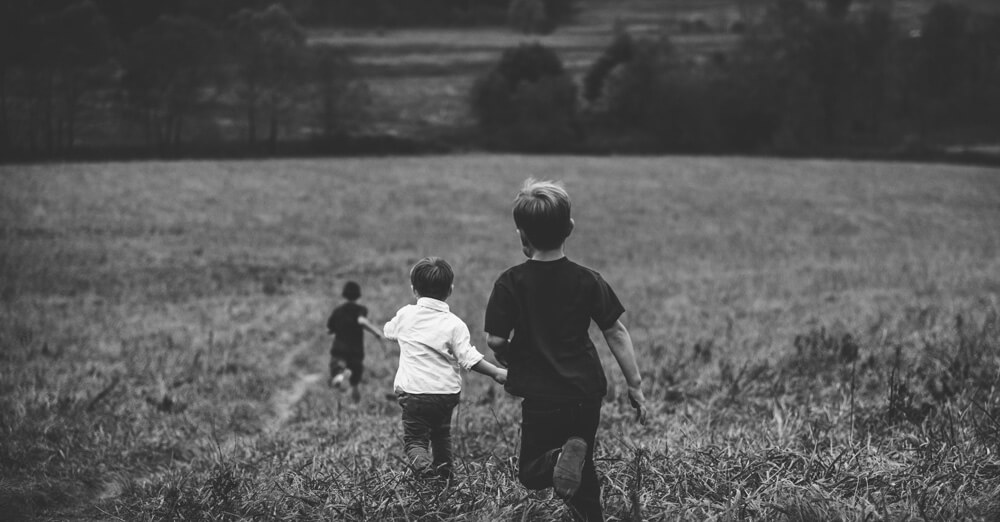 Sally Lloyd-Jones, born in England and raised in Africa, is author of The Jesus Storybook Bible (a Moonbeam Award Gold Medal Winner), Just Because You’re Mine, and Thoughts to Make Your Heart Sing. She now lives in New York.

Almost overnight, my eight-year-old niece went from being a vivacious little girl who sang her way through life—as if she were singing the soundtrack of her own life the movie—and became a frightened, withdrawn child who spoke so softly you could barely hear her. It was as if she were literally losing her voice, losing herself. And then we found out she was being bullied at school.

Later, she told me that she thought if she tried not to be her, she wouldn’t get in trouble.

It broke my heart, and I wished she had a book to read before school to hear what God says about her, not what those bullies were saying about her. So I thought I better write one—it’s called Thoughts to Make Your Heart Sing, and it became a book of hope for children.

Children look to us for everything. But in all that we’ve given children, have we forgotten to give them hope? Have we left them in despair, looking at what they should do but don’t? Looking at who they should be but aren’t?

How do we give hope to children?

When we take the focus off them and put it back on God where it belongs.

If God cares for the tiniest sparrow – how much more must he care for you, his child? (p. 152)

We give hope to children when we tell them what matters most.

They don’t need to be told to try harder, believe more, do it better. That just leaves them in despair. The moral code always leaves us in despair. We can never live up to it.

No. We don’t need a moral code.

We need a Rescuer.

When I go to churches and speak to children, I ask them two questions: First, “How many people here sometimes think you have to be good for God to love you?” They tentatively raise their hands. I raise my hand along with them. Second, “How many people here sometimes think that if you aren’t good, God will stop loving you?” They look around and again raise their hands.

These are children in Sunday schools who know the Bible, and yet they have somehow missed the most important thing of all.

They have missed what the Bible is all about.

They are children like I once was. I thought God couldn’t love me because I wasn’t doing it right.

How do we help? What can we do? Teach children that the Bible is not about them.

The Bible is most of all a story—the story of how God loves his children and comes to rescue them. And in spite of everything, no matter what, whatever it cost Him—God won’t ever stop loving his children… with a wonderful, Never Stopping, Never Giving Up, Unbreaking, Always, and Forever Love.

Are we telling children the Story—or teaching them a lesson?

My niece didn’t need another lesson.

What she needed to know was that she is loved—with a Never Stopping, Never Giving Up, Unbreaking, Always, and Forever Love.

Because the rules don’t change you. But the Story—God’s Story—can.

How do we instill a love for God in children?

Stories don’t tell the truth confrontationally. They don’t coerce you. They don’t argue with you to believe them. They just are.

The power of the story IS the story.

When God sent the prophet Nathan to King David (2 Sam. 12:1-4), Nathan didn’t confront David with a sermon about his sin but told him a story. David didn’t see it coming. The story got by his defenses.

That’s the thing about a story—it doesn’t come at you directly and raise a wall of defense. It comes around the side and captures your heart.