Do all dogs go to heaven? 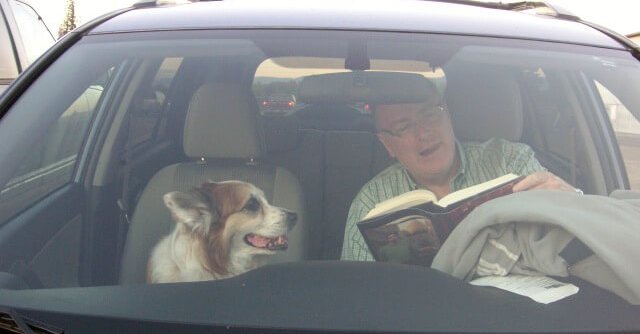 Do all dogs go to heaven? I must admit, I don’t know.

But the question starts to matter when that dreaded day finally comes. It came for us at the end of last week when our funny-looking, half corgi/half border collie “Doctor” had to be put down.

When we first arrived in Southern California, we needed a new dog and we prayed for the Lord to give us the perfect one. He did. And for years, Doctor offered more love, affection, and protection than we could possibly ask for. He may have been unique in his appearance but he was the smartest, most loyal, loving dog our family ever had and he almost made it to 15 years.

Even though he couldn’t hear, couldn’t see, and suffered from arthritis and dementia, we tried to make that final day the best day of his life. Janet baked a chicken and he managed to relish a couple of bites. I played ball with him as long as he was able.

Together with our new puppy, who is now mourning with us, we took Doctor on his favorite walk, letting him dither and sniff.

Did our entire family cry? Yes.

Do we hope our pets are with us in heaven? Yes.

C.S. Lewis faced this dilemma for the first time when he was 4 years old. When his dog, Jacksie, died, Lewis decided to take on his name – Jack – and it stuck with him for the rest of his life.

In his books, The Problem of Pain and The Great Divorce, Lewis touches upon his belief that pets will join us in our next life. A friend of mine who has taught courses on Lewis wrote me last week saying, “I also have resonated with the teaching of Lewis on how those animals we’ve loved are assumed into our lives in heaven.”

Over the past week, Janet and I have found hope from a few passages of scripture as we’ve mourned the passing of Doctor.

God created the world for us as an act of overflowing love. In every picture, he gives of the restoration of his creation he always includes the animals.

So will Doctor, our most loyal dog, be in heaven?

We don’t know. We’re just leaving it in the hands of our heavenly Father. But we do know he gave us this particular dog as a personal answer to our prayers for a wonderful pet. There’s no doubt that Doctor was a gift from God – from his one ear up and one ear down to his long, low body and the slow wag of his tail.

Our Father is a great giver of gifts and we have reason to hope that every good thing he’s given us in this world will show up again in the new creation.

Your righteousness is like the highest mountains, your justice like the great deep. You, Lord, preserve both people and animals
Psalm 36:6

By the way, I think Elyse Fitzpatrick wrote one of the best books on Heaven out there. If you’re looking to learn more about what the Bible says and doesn’t say about our future hope, I want to recommend you get a copy today. It’s called Home. Part of the reason this tops my list is because she never loses sight of the central truth that Heaven is our true, eternal home

You can find more details below.

As the leader of Haven Ministries, Charles Morris is always thinking of ways to lead Christians and non-Christians to Christ—hence the familiar slogan, “Telling the great story … it’s all about Jesus.” Charles is a former secular journalist, who has worked for United Press International, and as a press secretary for two former U.S. senators. He began working in the Christian world after seminary, coming to Haven as the fourth speaker in 2000. He and his wife, Janet, have written several books, including Missing Jesus and Fleeing ISIS, Finding Jesus. 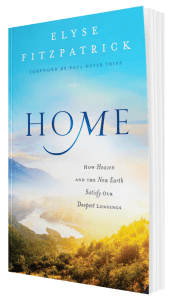 Home: How Heaven & the New Earth Satisfy Our Deepest Longings

Heaven Is the Home You’ve Been Waiting For

In this world of fear, trials, and loneliness we often feel adrift–like we’re still searching for a place where we can truly make ourselves at home. There’s a longing for something more, something that makes us feel like we belong, something that resonates perfectly with who we were made to be. This longing is no small thing to be brushed off and forgotten–it’s a guidepost letting us know we were made for another world. Earth is not our home. But it’s close.

What we long for is the new earth, the place God has been preparing for our eternity with him. In Home, Elyse Fitzpatrick explores heaven and the afterlife, demonstrating that our final destination is not some dull, featureless space in the clouds, but rather a perfected earth. It’s a real, physical place that we’ll explore with real bodies. A place of beauty and wonder and free of all death and decay.