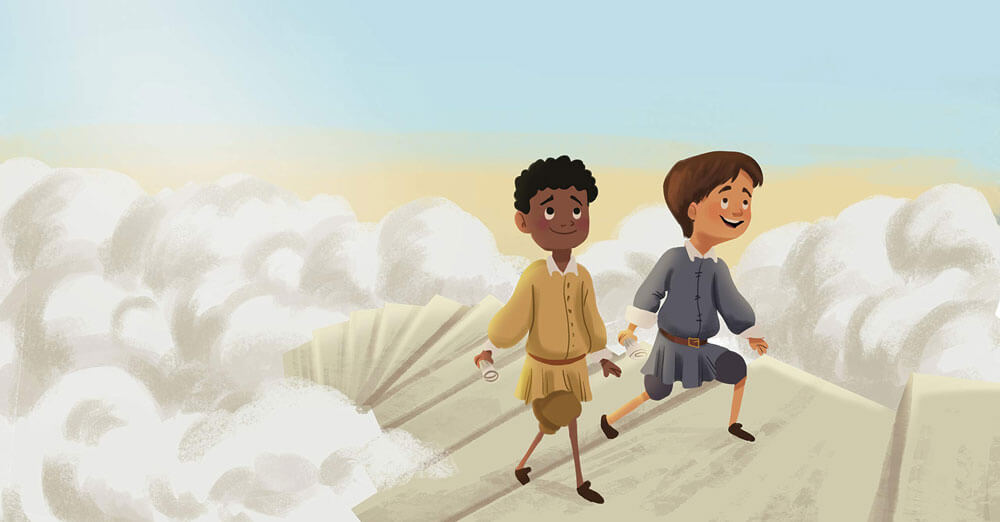 Outside of the Bible, I believe Pilgrim’s Progress by John Bunyan is the most important book that most Christians today have never read.

Today, many still turn to this classic book. Even the newspaper The Guardian awards Bunyan’s book as the second-most significant novel of all time. But I fear it’s the kind of classic we all intend to read, but never seem to find the time to pick up or finish.

[Click here to listen to the full series regarding Pilgrim’s Progress on HAVEN Today.]

At first read, Pilgrim’s Progress seems simplistic, maybe even like a children’s tale. But embedded in it are some of the most profound spiritual insights. And that’s exactly why I’d like to point out a few of the essential truths we can learn from John Bunyan’s story of how a man named Christian (much like you and me) found his way “from this world to that which is to come.” 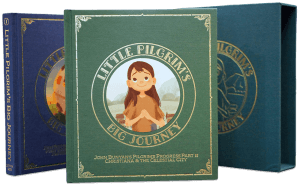 1. Life is a Pilgrimage

“To go back is nothing but death; to go forward is fear of death, and life everlasting beyond it. I will yet go forward.”

If we know Jesus, then we’re “pilgrims,” too. Our life is a journey, a pilgrimage with a glorious destination. That’s hard to remember sometimes because we can get so comfortable in this world that we forget we’re headed somewhere far better. But we shouldn’t be content to settle in, to make our home here in this world. We’re meant to have hearts on fire for the goal of reaching that Celestial City, Mt. Zion, where we will finally gaze on the face of our Lord and get to be with him forever.

“Blessed are those whose strength is in you, who’ve set their hearts in pilgrimage as they pass through the valley of Baca they make it a place of springs. The autumn rains also cover it with pools. They go from strength to strength until each appears before God in Zion.” – Psalm 84:5-7

Being a Christian can be difficult. We can easily start to buy into the scorn that some people feel for anyone who takes their faith seriously. We can feel belittled, ashamed of the name of Jesus, embarrassed to even share the Gospel. We can experience those things and never really see what’s happening to us.

We read about this experience in Pilgrim’s Progress when Bunyan’s character named “Faithful” is faced with “Mr. Shame” who has some objections to Christianity. And it’s not hard to recognize ourselves in the conversation.

“…he objected against religion itself. He said it was a pitiful, low, sneaking business for a man to mind religion. He said, that a tender conscience was an unmanly thing; and that for a man to watch over his words and ways … would make him the ridicule of the times. He objected also, that but few of the mighty, rich, or wise, were ever of my opinion.”

When confronted for what he believed in, Faithful told Christian that he felt the blood rise in his face—he blushed. He felt ashamed of his faith. But then Faithful had the insight to realize that he was partly ashamed because he didn’t have an answer ready for Mr. Shame’s objections. He hung his head because he didn’t know what to say. In other words, he felt defeated.

I’ve been there, haven’t you? But the most valuable thing we can learn from this is how Faithful finally handles the situation. He’d been falling under the spell of the world’s point of view. He’d been brought, against his will, under the judgment of man, and then he gathered his strength and shook it off by shifting the entire conversation away from the opinion of man and onto the opinion of God. He said:

“Shame, you tell of men but you tell me nothing about God. On the Day of Judgment, I will not be asked what men thought of me, nor will I be judged by what you and the world think, but I will be judged by God’s Word. What God says is best though all the world be against it.”

Faithful reoriented himself back to God and to God’s ultimate, overriding authority. He stopped being ashamed and even quoted Jesus. He remembered that Jesus experienced exactly this same kind of scorn. And in that in the same situation Jesus said, “That which is highly esteemed among men is detestable in the sight of God.”

3. We Can’t Face this Pilgrimage Alone

There are times when we get stuck in a rut, when we wander off the path and lose sight of who we are and exactly where it is we’re going. That’s why we need a guide, a spiritual map, something to tell us what to expect on this journey. We’re traveling the highway to Zion, the city of our God, but we’re not the first ones to go down this same road. Many, many pilgrims have gone ahead of us and we can learn from them, we can benefit from their experiences.

Bunyan describes the pilgrimage of Christian’s wife, Christiana, in the second half of the book. She becomes a believer after Christian’s death and she has the great advantage of having a pastoral guide for her journey, a man named Mr. Great Heart. He takes her and her children and her friend Mercy through the Valley of Humility and he explains to them why it is such a wonderful place.

At this point in the story, Bunyan is helping us see that as believers we all inevitably are humbled. We will all have our pride shattered at some point by the Lord who loves us, and it’s so important for us to understand that it’s the Lord’s doing and it’s a wonderful gift because it usually doesn’t feel like a gift when we’re going down into that valley.

4. The Journey is Spiritual, Not Physical

The world may have changed beyond all recognition since the 1700s when Bunyan lived, but when we read about the experience of his characters, they sound just a little too familiar. Yet that shouldn’t surprise us. Our fallen nature is the same as theirs. Our temptations are the same. Our redemption is the same. The Holy Spirit’s work in us is the same. And we still have that same enemy who’s telling variations of the same old lies he’s told since Adam and Eve were tricked into eating the forbidden fruit. The Apostle Peter says,

“Your enemy the Devil prowls around like a roaring lion looking for someone to devour. Resist him, standing firm in the faith because you know that your brothers throughout the world are undergoing the same kind of sufferings. And the God of all grace, who called you to his eternal glory in Christ, after you have suffered a little while, will himself restore you and make you strong, firm and steadfast.” – 1 Peter 5:9-10

Peter is telling us not to be surprised because we’re not alone. After a little while the Lord Jesus himself will restore you and make you strong and firm and steadfast.

In Pilgrim’s Progress, you get details on how the Devil attacks, what strategies he uses, and then how to defeat him. When the Apollyon (the Devil) argues with Christian, he tells him that serving the Lord Jesus will cause him nothing but trouble. But in the middle of their argument, Christian remembers effectual prayer, and it gives him fresh courage. As Peter put it, “the Lord will make you strong.”

In these spiritual battles we face in life, the Lord delivers us and strengthens us. As the enemy continues to attack Christian, he reaches down to touch his sword—which we know from Ephesians 6 is the sword of the Spirit—and receives fresh courage to say, “Rejoice not against me, oh my enemy. When I fall, I shall rise again.”

Death is not the way things were meant to be! But the thing is, we can’t eliminate death ourselves. There’s only one true foundation we can stand on and face death with peace.

John Bunyan wrote a powerful description of what it’s like for a believer to pass through death as Christian begins to fear judgment and starts looking for a way of escape. He’s told to go through a narrow gate, and he does that. Then he’s taken to a hill where he looks up and sees a cross, and as soon as he sees it the burden of his sin falls away and he begins the real journey—his journey home to the heavenly city. Finally, after so many dangers, he’s almost there.

What’s it like to cross that river? What’s it like to die? In Bunyan’s story, the waters of death are rough, but they don’t stay that way. Dr. J.I. Packer, the biblical scholar and writer says Pilgrim’s Progress by John Bunyan has been a great help to him in his life as a believer, but now that he’s gotten older and death is getting closer he’s especially touched and comforted by Bunyan’s description of Christian going through the river. J.I. Packer writes,

“Hopeful, who is crossing Jordan with Christian, holds him up and then Christian says – and these are the key words – ‘Oh, I see him again!’ And it’s the Lord Jesus who he sees and after that he’s able to get across the river without turmoil or trouble. The river is calm for him and over he goes to the Celestial City on the other side. ‘Oh, I see him again!’ And Bunyan leads us to understand that this is a typical Christian experience.”

The truth is, we have a Savior who suffered and died, but now lives. He was raised from the dead and reigns victorious over death and the grave. At the hour of our death, if we believe, we will see him when we cross that river. And as God told us through the prophet Isaiah, “The one who trusts will never be dismayed.”

This is a series that children will treasure for years to come.

This box set includes both Part I & Part II of Little Pilgrim’s Big Journey. Part I follows the classic story of Christian as he journeys from the City of Destruction to the Celestial City. Part II is the heart-warming sequel, which follows Christian’s family as they encounter new challenges and learn many new lessons along the King’s Path.

Children ages 2-10 will learn timeless truths in an engaging way through these heirloom-quality books.