4 Questions You Were Scared to Ask About Divorce and Remarriage 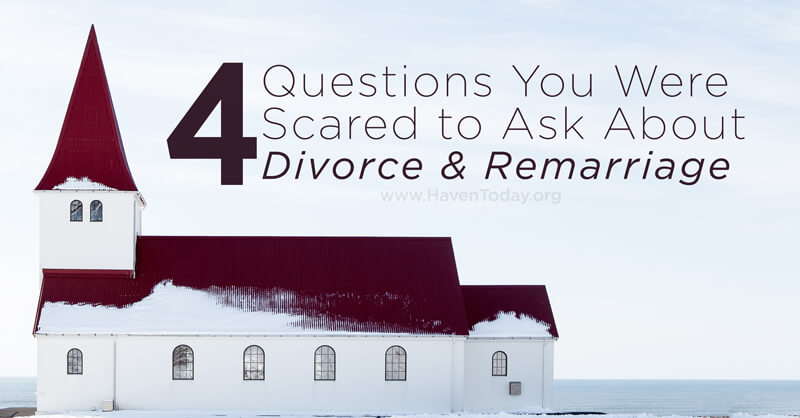 The Bible has a lot to say about a lot of things, but it is also silent on some matters. And it is hard to understand what it’s saying on others. Dr. David Instone-Brewer dives into one of the stickiest issues with his book, Divorce and Remarriage in the Church: Biblical Solutions for Pastoral Realities. After three years of research into the background literature of the Bible, he explains that the Bible isn’t as unclear on the subject of divorce as many think. He shows how, when properly understood, the New Testament provides faithful, realistic, and wise guidance for the church today. Here are four answers to questions from Instone-Brewer’s book that you were scared to ask about divorce and remarriage.

What should I do when my partner walks out?

Is a divorcee still married in God’s eyes?

God … lovingly provides a way out of an impossible situation rather than inflexibly and legalistically ruling that all marriages must continue until death, regardless of how faithless or abusive your partner is to you. God abhors the sin of broken marriage vows, but he knows our limitations and wants to deal with our sinfulness. He sees what people suffer in secret and gives comfort and a practical solution to the victim. Divorce does not take away the hurt, but it does not perpetuate it either. Even if the victim of a marriage breakup cannot find love elsewhere, they can at least find peace, and they can feel safe in the knowledge that the one who betrayed their love no longer has any claim on their life.

Can I get married again?

Jesus and Paul told only those who had invalid divorces to avoid remarriage, which implies that those who had valid divorces were allowed to remarry. … Paul’s teaching assumes that divorcees can remarry, but we are still left with the fact that Jesus and Paul did not specifically say that divorcees may remarry. Can we safely assume that they can, simply based on this silence?

Silence on this issue is not strange. Actually it would be strange if Paul made a pronouncement that divorcees were allowed to remarry, because the question never arose in the first century. It would be like saying “Married women may have children” or “A married couple may sleep in the same bed”—there was no need to say them because these things inhered in the nature and purpose of marriage.

[T]he sin of marriage breakup is very serious, but God forgives a repentant divorcee just as he forgives all other sinners. That does not mean that there will not be consequences to suffer as a result of this sin—divorces cause suffering, and the suffering from a marriage breakup can last a lifetime. Jesus and Paul told only those who had invalid divorces to avoid remarriage, which implies that those who had valid divorces were allowed to remarry … but it does mean that the consequences of the sin can stop getting worse. Therefore, a remarried divorcee should not divorce his or her new partner, because this would be the cause of even more suffering.

Our God is a loving Father who knows the failings of his children.  He knows the foolish and self-destructive things we do, and he helps us to prevent them and brings healing afterward. He offers us wisdom in the Word, warning us not to break marriage vows; then he tells us to reverse our foolishness if it is still possible. And even when it is no longer possible to put right the wrong we have done, he still offers us forgiveness and leads us forward.

Dr. David Instone-Brewer is a Baptist minister and a senior fellow in rabbinics and the New Testament at Tyndale House, the Residential Centre for Biblical Research in Cambridge, England.