“Bear with each other and forgive whatever grievances you may have against one another. Forgive as the Lord forgave you.”

When Corrie ten Boom first saw a man after a church service in Germany who’d been a former S.S. guard, one of her tormenters in the Ravensbruck concentration camp of World War II, she loathed him. He had heard the message of the Gospel she’d just preached. So he rushed up to her, thanking her for telling how Jesus washed his sins away. The man was moved by her words that spoke of forgiveness. Yet she boiled with anger now in his presence.
Can you imagine a more profound moment of comprehending Jesus’ charge to us to forgive as we’ve been forgiven? Corrie begged the Lord for the ability to forgive the man, though feeling hatred toward him. She said that when she did extend her hand to him, a current seemed to pass from him to her. The words of mercy she spoke were life-giving not only to the man, but also to Corrie.
If there would be any words at all where conflict exists, let them first and most sincerely be words of forgiveness. The peace of Christ will rush over you through those words, the very ones He’s spoken to you! 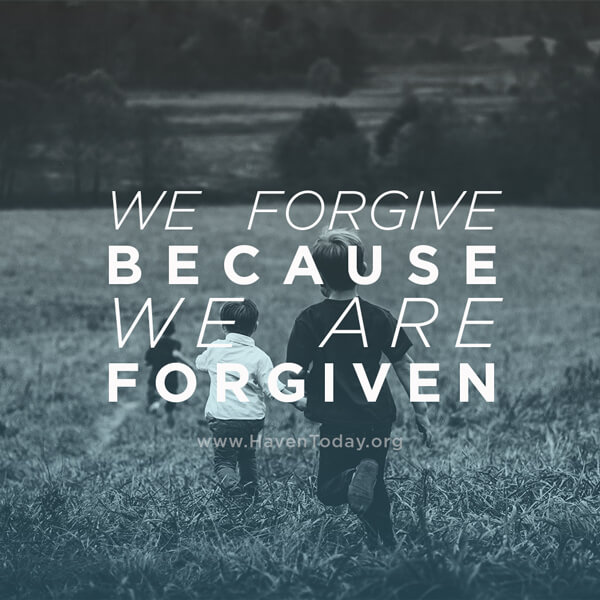 Whenever we speak words of grace and forgiveness, we have a little taste of heaven.