"...how much more did God's grace and the gift that came by the grace of the one man, Jesus Christ, overflow to the many!"

I’m hesitant to write about victory over sin. The fact that I’m writing this from federal prison speaks volumes about my success in battling sin in my own life. My struggles may strike a familiar chord with you, too.
The process of reshaping me into Christ’s image has been ongoing. And along the way, I have learned a few things. One of the most important is this: When we battle sin on our own, we can’t win. All of us have sinned (Romans 3:23), and none can stand before God claiming to be righteous (Romans 3:10). Without God’s grace, we’ve already lost – there’s no chance for a last minute come-from-behind victory.
The good news is that God has already fought the battle with sin through the person of Jesus Christ. He paid sin’s penalty in full through His death on the cross. His victory over sin and its power is shown in His resurrection. He now freely offers to share that victory – by His grace (Romans 3:24) – with all who believe and trust in Him. We truly can win the battle with sin because He’s already won it for us! 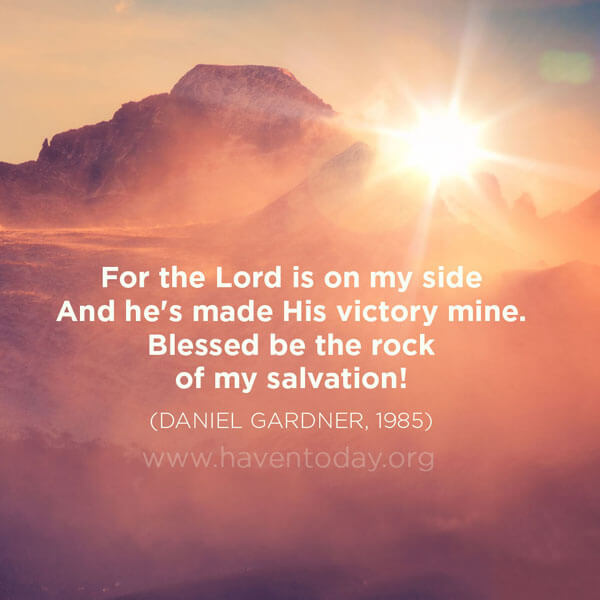 For the Lord is on my side And he's made His victory mine Blessed be the rock of my salvation! (Daniel Gardner, 1985)