It’s not difficult to imagine Mary and Joseph in awe at the newborn child right in their midst. A parent of any newborn is utterly amazed, but this little one somehow was also the Messiah! What child is this, they would have wondered, “whom angels greet with anthems sweet while shepherds watch are keeping?”—as our familiar hymn goes. They could not have conceived at that point of all He would do and of how much power was in His simple name, Jesus.
Some 2,000 years later we still are awed at all Jesus did. We still marvel at the power in His name. Many Christians close every prayer they say with the words, “In Jesus’ name,” because they are aware of the power that name holds. I read a recent news article telling of a woman who rebuked her attacker saying, “No! Leave, in Jesus’ name.” Her attacker fled!
There are numerous stories of believers tortured for Christ who have called out similarly in their hour of desperation. You can call on Him, too. There is power in His name, and it started when He came to us as a baby. 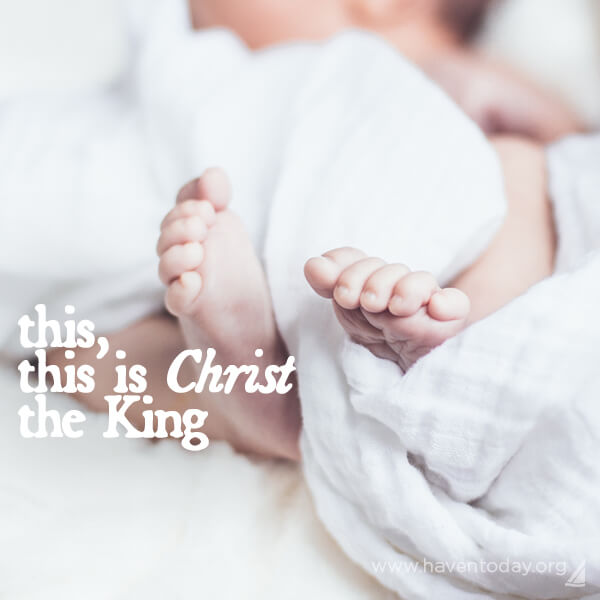 Exclaim with the shepherds and the angels, “This, this is Christ the King!”