“I know that nothing good lives in me, that is, in my sinful nature. For I have the desire to do what is good, but I cannot carry it out.”

Can you identify with Paul in his very basic human struggle—that of wanting to do what is right but admitting that sin wins out again and again? He realizes the importance of the law and the Ten Commandments; without them it would be impossible to even identify the sin in his life. But the war against sin wages on. He wants to obey but falls short even in his best efforts. How does he fight it? Paul tells us how: by putting his faith and trust in one place alone, in Jesus Christ, his Lord. This is exactly our only hope, too. And a great hope it is!
Jesus defeated for us the sins that rear up in us day by day. Until we die, we will be, by the work of the Holy Spirit who is always conforming us to the image of Jesus, in the process of overcoming the sin nature that still dwells in us. We will have our battles with sin even though the war has been won. The enemy has ultimately been vanquished. We have not yet experienced the glorious liberation of the sons of God. But be confident; He who promised will perform it. 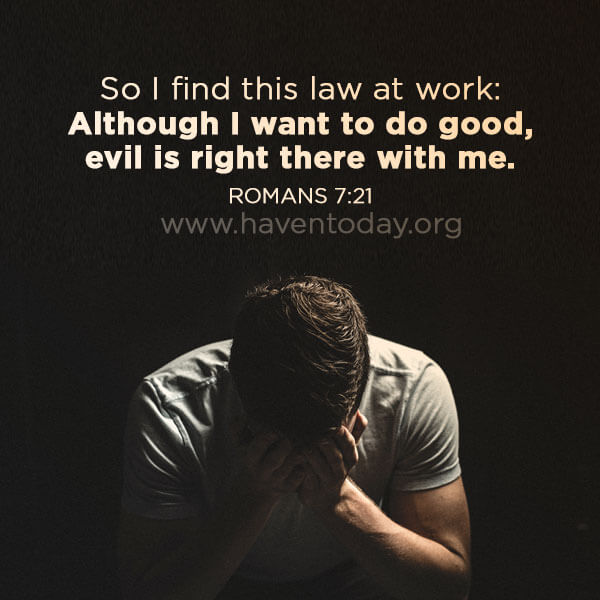 God’s covenant faithfulness is forever, and what He has promised will come to pass.