“Jesus said this to indicate the kind of death by which Peter would glorify God. Then he said to him, ‘Follow me!’”

On a random morning just over a year after my Army friend David Lyon was killed, I was standing before his wife Dana, assembled politicians and high-ranking officials, offering a prayer before a ship that was named in Dave’s honor. In my prayer, I thanked the Lord for Dave’s hope in Christ—the hope he now enjoys in full—and for the comfort that such hope now offers to Dana.
The Lord constantly reminds us that our tears do not have the final word. We can imagine the comfort of that knowledge to Peter after Jesus was raised from the tomb. Not much earlier, Peter had denied Jesus three times. Now he was being called by Jesus to lift his eyes to heaven and offer his life in service to Christ and His people. The Lord was restoring him!
Peter was carried from tragedy to triumph. Have you ever experienced those two things going hand-in-hand? When we despair of our own brokenness and that of the world, we turn to the Savior who rules over the world in the greatest tragedy-to-triumph story ever. His work will never be thwarted. 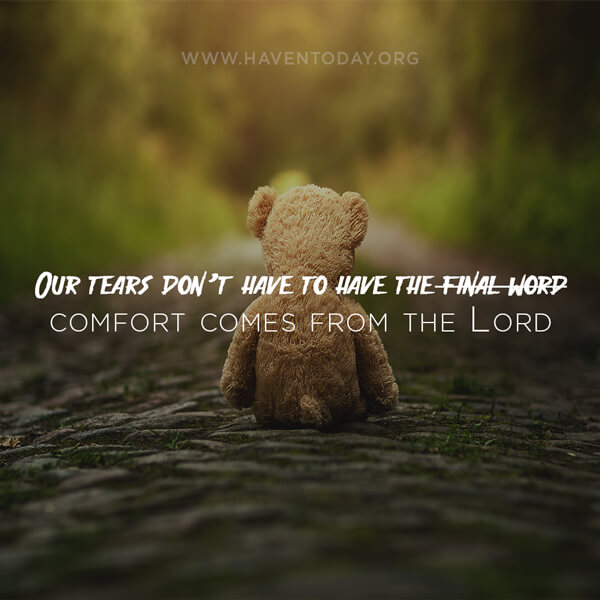 Tragedies leave a trail of tears, but they are trails that still lead to the grace and glory of Christ!