“When God brings his firstborn into the world, he says, ‘Let all God’s angels worship him.’ In speaking of the angels he says, ‘He makes his angels winds, his servants flames of fire.’”

People use clever, dramatic ways to announce the birth of a child these days, but only God can send an angel. We might say someone is an angel if they are well-behaved or cute, but in the Bible the nature of angels is defined not by what they do but by Whom they represent. The word “angel” literally means “messenger.” So angels are the messengers of God Almighty, appearing with His glory to announce what will happen.

Many religions and belief systems have their origins in human beings who may claim to have had a vision which led him or her to be enlightened. These personal mystical events would be very hard to verify. But the angel of Advent appeared with heavenly glory to multiple shepherds whose testimonies all corroborated. This message began with God, not with man.

It can be hard to sort out who or what to believe in this world. Know that the angel’s report of Jesus’ birth and the promise of peace are true. The magnificent angel announcement which came to the shepherds centuries ago is for you and me today, too! 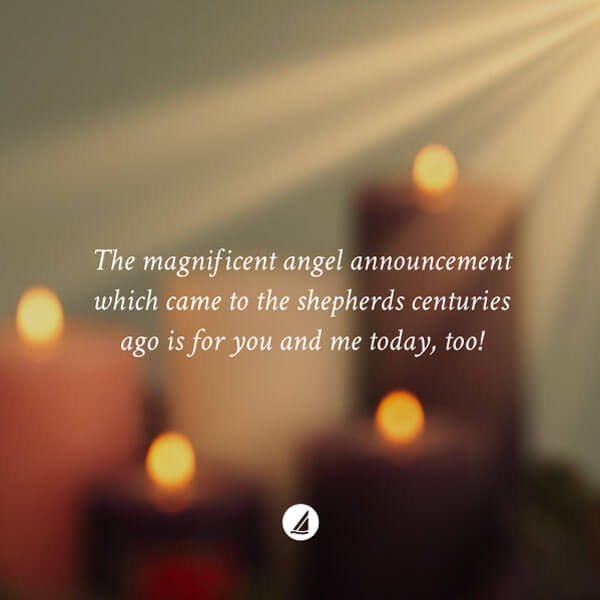 “I am the LORD, the Maker of all things … who carries out the words of his servants and fulfills the predictions of his messengers.” (Isaiah 44:24, 26)