“Don’t let anyone look down on you because you are young, but set an example for the believers in speech, in life, in love, in faith and in purity.”

Before Bob Bowman’s death five years ago, he told how the Haven Quartet was formed, reminding us not only of the Lord’s orchestration in our lives, but also how He works with us no matter what our age.
“It was 1933, and my friend Ernie Payne and I were just 18-year-old kids. We were standing together out on a veranda on campus when two fellas walked up, introduced themselves, and said, ‘We’re both tenors, and we’re looking for a base and a baritone to make up a quartet for a new radio program called The Haven of Rest. Know anyone around here who could sing with us?’
“Without hesitation, I said, ‘I’m a baritone, and he’s a base. We’ll give it a try!’ So there was the quartet! Then they added, ‘By the way, anybody at this school play the pipe organ?’ As if on cue, out from his dormitory walked Loren Whitney, to which Ernie and I both said, ‘Here comes your organist now!’
“We all joined The Haven of Rest founder Paul Myers—the First Mate—for the launching of the radio broadcast with the Haven Quartet singing hymns live each day.” 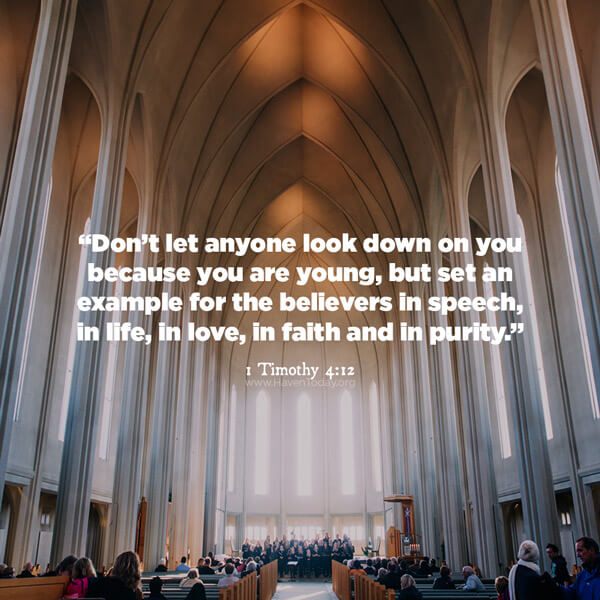 For 12 years “Second Mate” Bob Bowman was part of the “Crew of the Good Ship Grace,” the well-known four-man quartet. He went on to help found the Far East Broadcasting Company.