“All of them were filled with the Holy Spirit and began to speak in other tongues as the Spirit enabled them.”

When the day of Pentecost came, the apostles were gathered together in one place, following the instructions Jesus had given prior to His ascension. They were told that when the Holy Spirit came upon them, they would receive power and would become His witnesses, all of this foretold by the prophet Joel (see Acts 2:16-21).

The outpouring of the Holy Spirit was not a silent event. There were sights and sounds that drew the attention of the whole city of Jerusalem. A bewildered crowd gathered and heard the wonders of God in their native languages. Peter addressed them with boldness, unlike anything he had ever done before. While some believed, others made fun and attributed this behavior to drunkenness. Peter had confessed his love and devotion to Jesus previously and had been commissioned to “feed my sheep.” Now he was empowered to carry out the work Jesus had given him to do.

This same power is in us, too, as believers in Jesus Christ. Will you trust Him to use you to live for Him and spread the good news to others? 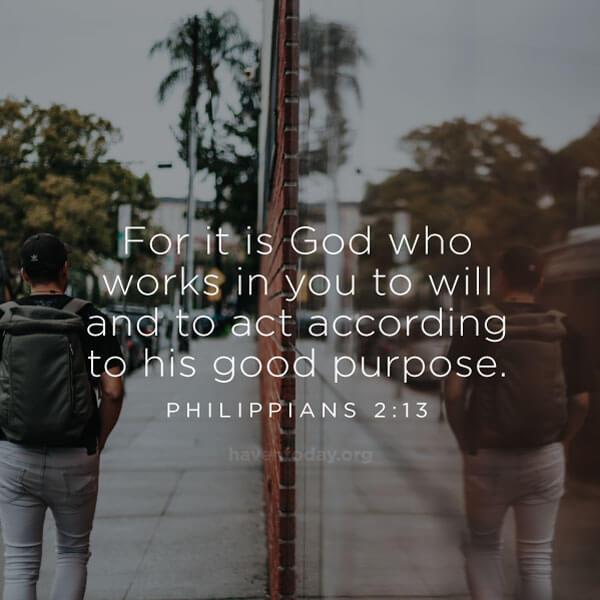 “For it is God who works in you to will and to act according to his good purpose.” (Philippians 2:13)