Therefore, just as sin entered the world through one man, and death through sin, and in this way death came to all men, because all sinned.

The only way to understand the Gospel is to see that none of us—not one—is without sin. It may not be politically correct for someone to call you a sinner bound for hell, but that’s the uncomfortable reality.
First, sin is rebellion that doesn’t go away on its own. And the only way it can be removed is by what the Bible calls a blood sacrifice. In Leviticus, God says that only blood can atone for our sins— but it would be many years before this fulfillment would come into effect. For centuries, God’s people sacrificed animals for their sin without fully anticipating the perfect Lamb who would become the final sacrifice for all mankind.
John the Baptist said, “Behold, the Lamb of God, who takes away the sin of the world.” (John 1:29b).
This is the good news that should never be overlooked. We are sinners, undeserving of forgiveness, totally deserving of punishment and death. But we don’t have to pay that price. Jesus ultimately covered the cost of our sin through His willing sacrifice at Calvary. 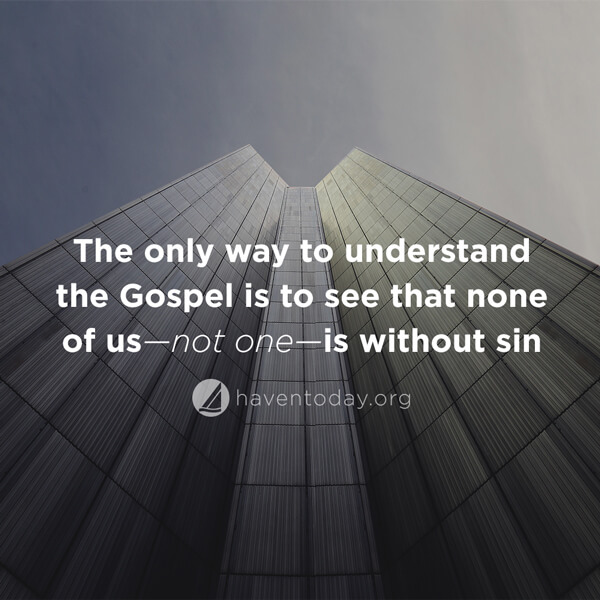 "While we were still sinners, Christ died for us” (Romans 5:8). Repent and reap the benefits of this truth today.