“If my people… will humble themselves and pray and seek my face and turn from their wicked ways, then will I hear from heaven and I will forgive their sin and will heal their land.”

After Solomon finished the temple in Jerusalem, the glory of the Lord filled it. That night, appearing to King Solomon, God promised that when the people sought Him and turned from their sins, He would hear their prayers and restore them. Though these words were directed to the son of David thousands of years ago, the Lord desires the same for us. He assures us that when we seek Him and turn from our sins, He forgives. He has given us the Holy Spirit in degrees even beyond which the Old Testament saints enjoyed. His Spirit works in us both to seek and to turn.
The more we draw near to God and understand His holiness, the more our sin grieves us. It becomes clear that we are not dealing with just the breaking of this rule or that; sin has tainted every part of our being so that even our best acts are like filthy rags (see Isaiah 64:6). As we see our sin for what it is, grasping the depth of it, we repent. May He draw us ever closer to Him, show us our sin, and grant us forgiveness. Confess to the Lord in prayer. 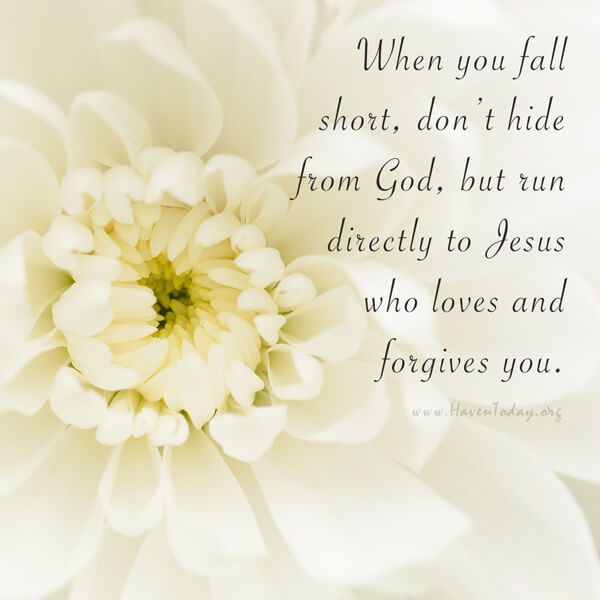 In response to the love shown to us in Christ, run to your Savior, not from Him.