“I saw heaven standing open and there before me was a white horse, whose rider is called Faithful and True…On his robe and on his thigh he has this name written: KING OF KINGS AND LORD OF LORDS.”

Revelation 19:11, 16
J.R.R. Tolkien’s Lord of the Rings trilogy is a beloved piece of modern literature with strong redemptive themes. Through the story, the secret identity of the would-be King Aragorn was cloaked in a shadowy character called Strider. Few knew his true identity, and everyone else regarded him as unimportant. But the whole story begged for a king to defeat the growing evil in Middle Earth, and in Return of the King, the ranger Strider is revealed as King Aragorn who then leads the battle to defeat the wicked minions.
Like Strider, our King Jesus emerged after being almost unnoticed as anyone important for His first 30 years of life. Eventually, many flocked to hear His words and witness His miracles. But few ever comprehended His true identity as the Son of God.
We have longed for a true King who will defeat growing evil in our world. Christ died a criminal’s death and defeated the enemy, death, through His resurrection. And one day all shall see Him as He is—King of kings, poised to redeem His creation and conquer death and hell forever! 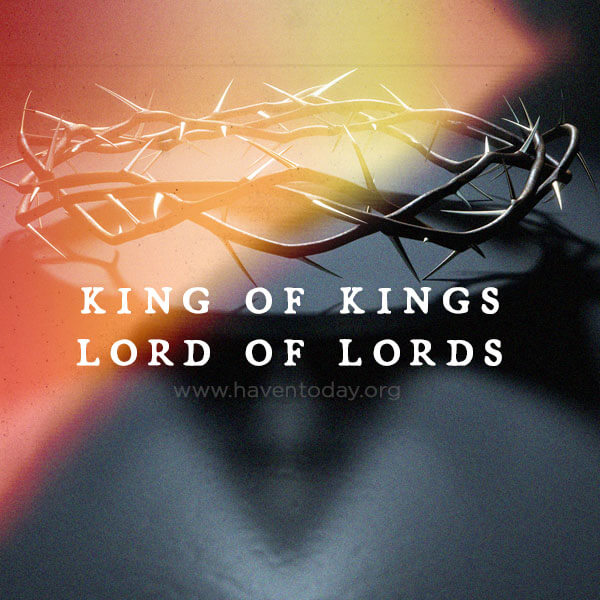 God has written in His redemptive story the time when the rightful King will be revealed to all, and every knee will bow to Him.