“So Abraham called that place The Lord Will Provide. And to this day it is said, ‘On the mountain of the Lord it will be provided.’”

My wife and I waited several years to start a family because of a possible deployment for me. We had just returned from a mission trip together and were told by my unit that there was no way I would be called. Since deployment looked unlikely, we decided to go for it.
By God’s grace, my wife became pregnant. Soon after, however, the doctors found she had an internal mass that had to be removed, potentially endangering both her and our baby. I prayed that the Lord would take me instead of my wife or child. If you’ve ever watched a loved one suffer, you may have longed to trade places, too, and spare them the agony. After the surgery, my wife awoke to hear the word “benign” and our baby’s heartbeat on the monitor.
Seven months into the pregnancy, my unit called: I would be deployed to Afghanistan as an army chaplain. As with Abraham, the Lord called us to a new and scary place, but one where He would provide. In all of our stories, He ultimately traded places with us, taking our punishment of death for sin and giving us life. 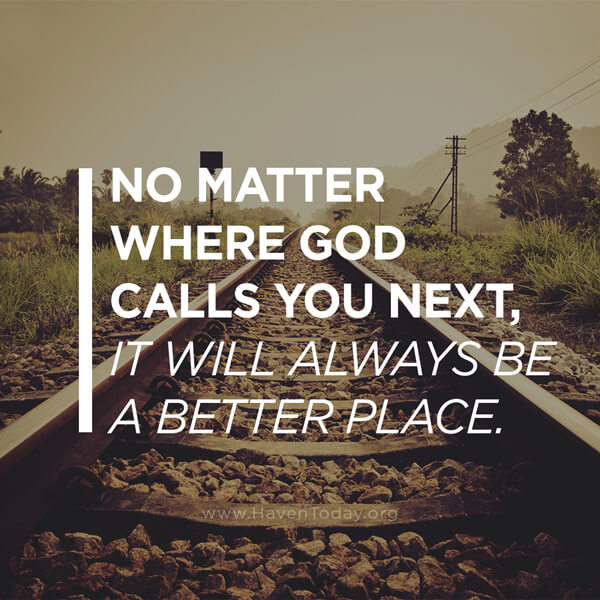 God might call you to a new place, but know that in Christ, it is always a better place.