All this took place to fulfill what the Lord had said through the prophet: ‘The virgin will be with child and will give birth to a son, and they will call him Immanuel—which means God with us.’

I know of a young man who was in an accident six months before he was to be married. The accident left him paralyzed from his chest down. Wanting to be mindful of his fiancé, he gave her the opportunity to cancel the wedding. But she refused because her love for him had not changed.
That’s the sort of love Joseph was showing when he was pledged to take Mary as his wife. We can hardly imagine his shock as he discovered before they were even married that she was expecting a baby. A woman pregnant out of wedlock brought tremendous shame on herself and her family. He had a right to leave her. But that night an angel appeared to him in a dream, saying, “Joseph son of David, do not be afraid to take Mary home as your wife, because what is conceived in her is from the Holy Spirit” (v. 20).
God specifically provided Joseph, a man of true compassion, for Mary. With the announcement of Immanuel— that God Himself was coming— Joseph’s love won out over any thought of publicly shaming her. What a beautiful picture of Jesus’ love for us! 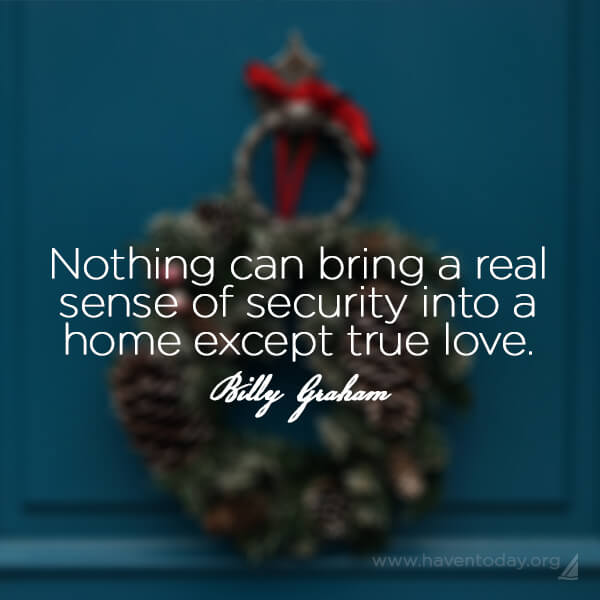 “Nothing can bring a real sense of security into a home except true love.” (Billy Graham)