I was often called upon by my commander to advise him on whether certain soldiers were fit to deploy with us or needed to be sent home. What an agonizing task! On the one hand, I wanted to bring each and every person we had and find opportunities to care for them. On the other hand, I had to face the grim reality that certain soldiers might harm the mission and even place others at risk. The latter consideration ultimately won out.
Praise God that He does not apply that same sort of decision-making process regarding His Kingdom! Instead, “God chose what is foolish in the world to shame the wise; God chose what is weak in the world to shame the strong.” No matter how insignificant you may feel, you are precious and honored in His sight. Imagine being honored by the Creator!
God’s choice of you was not rooted in your usefulness, but in His sovereign love, displayed in the perfect obedience and atoning sacrifice of His Son who took on weakness and shame. You were not useful to Christ— you are made useful in Christ. 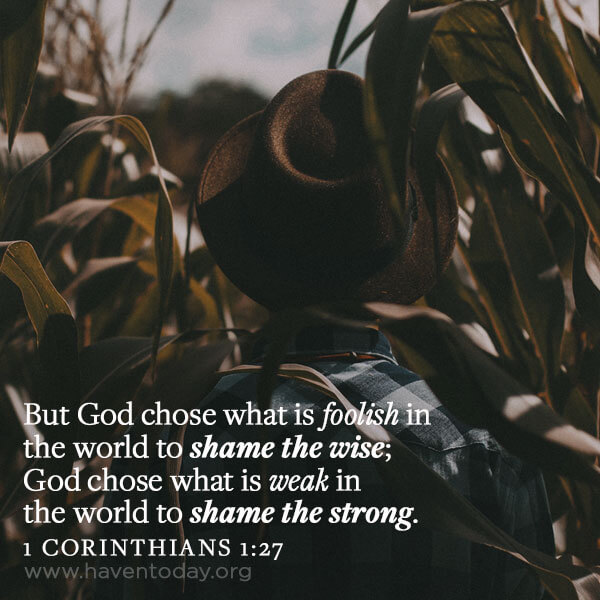 Serve the Lord your God with gladness, knowing that He has equipped you for this life!