“David said to the Philistine, ‘You come against me with sword and spear and javelin, but I come against you in the name of the Lord Almighty, the God of the armies of Israel, whom you have defied.’”

Garden of the Gods is a natural landmark at the foot of the Rockies in Colorado Springs. Annually, thousands of visitors are impressed by the enormity of the giant 300-foot red rock formations surrounding them. The rocks are so large that from most places in the park, one can’t see the presence of what looms just on the other side of them: the 14,000-foot majesty of Pikes Peak!
The armies of Israel were facing Goliath, the champion of the Philistines, and they couldn’t see much more than him either. He was the only thing in their view. King Saul had been their greatest hope, but he was small compared to the Philistine giant. Daily, Goliath stepped out and defied Saul and his army. Daily, fear defeated them. Then David arrived, and he held out a vantage point that revealed not the nine-foot colossus, but the majestic presence of the Lord Almighty towering above him! David stepped back to put God’s past faithfulness in view. That gave him confidence in his Champion and perspective of the puny opponent facing him. 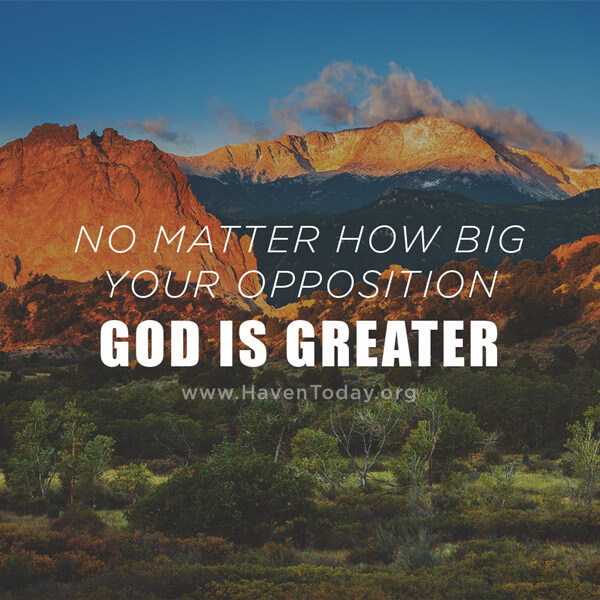 Surrounded by temptation or trials, they are all we see. But when we step back, we see our champion, Jesus—present and exceedingly powerful!