“This sickness will not end in death.”

John 11:4
You could probably list several people you know with serious illnesses. As I write, at least three people suffering from advanced forms of cancer come to mind. Each has been faithful in serving the Lord and His people. But now, instead of days filled with work or grocery store trips or various outings and events, they are being taken to doctor appointments. While they used to run errands for others, the favors are now being done for them.
When Jesus was told Lazarus was sick, He assured His friends, “This sickness will not end in death.” There is a saying among Christians: Born once, die twice. Born twice, die once. Without the second birth (John 3), a lost person dies physically and eternally. But when one is born again by the Spirit of God, death holds no power; “to die is gain” (Philippians 1:21).
The sufferings of illness are infused with the hope, joy, and peace of the Savior. Jesus changes everything! We know this because it is written in the Scriptures and on the smiling faces of those who are in Christ. 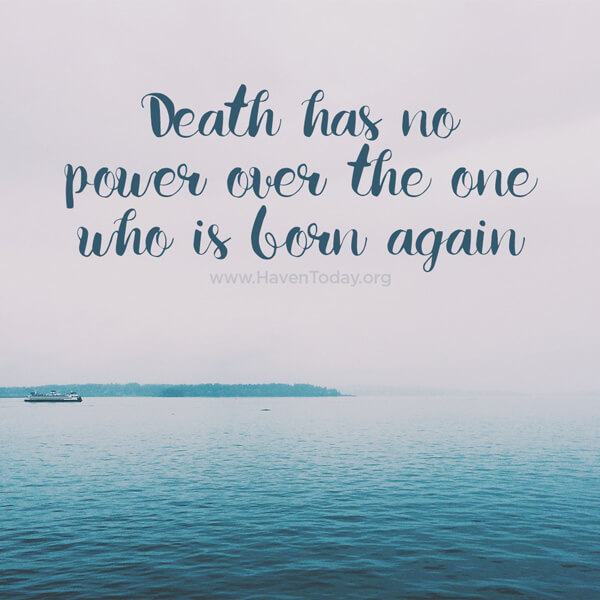 Lord, please cheer your sick children with the thought that, no matter the prognosis, you are with them today.