“You hem me in—behind and before; you have laid your hand upon me. Such knowledge is too wonderful for me, too lofty for me to attain.”

The account of the parting of the Red Sea in Exodus 14 is such an epic story that thousands of years later, this great event is still told and retold in many ways. We all recall how God delivered the Israelites from the Egyptians. But a lesser-known part is that it was God Himself who hemmed in His people at the Red Sea so they would be pursued by the Egyptians—with no way of escape! The heat was on and they were terrified. Then the angel of God and the pillar of cloud moved from in front of the people to behind them, coming between the armies of Egypt and Israel. The same God that had led them to that place with no exit now hemmed them in with His presence and protection. And He set them in a position where all they could do was “stand firm and see the deliverance of the Lord.” Which of course, they did!
Are you hemmed in by your present circumstances? Were you following Jesus, trusting in His leading, and now you’re feeling confined in your situation? It is your Savior who enfolds you. Stand firm and see…Him! 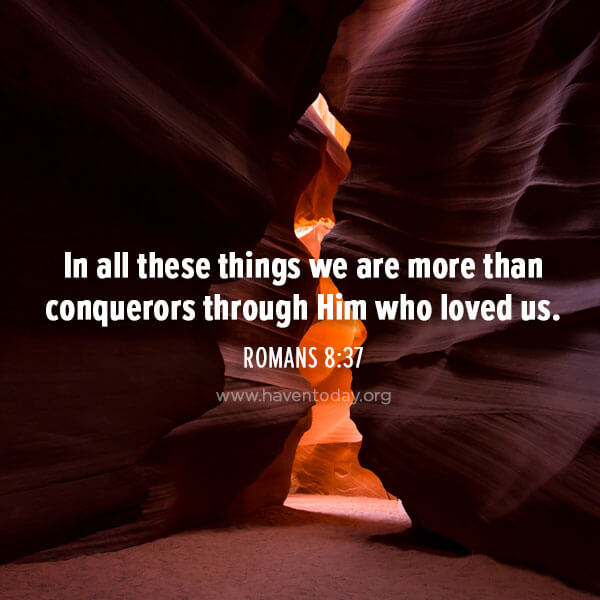 “Who shall separate us from the love of Christ? Shall trouble or hardship or persecution or famine or nakedness or danger or sword? …No…” (Romans 8:35, 37a)