"I can do everything through him who gives me strength.”

Philippians 4:13
Diana could have moved away from war-torn Iraq easily. She left once, flying west to Washington, D.C., to testify at a congressional hearing before television news cameras about the horrors of ISIS. But the trip was brief, and she soon returned to the pain and turmoil of her homeland. She wanted to be back among the hundreds of thousands of people that ISIS has made homeless. She wanted to help them and share God’s love with them.
Like her fellow refugees, she was forced to leave everything and run from her home in the night. And like many of them, Diana can see God’s hand in it all. “Jesus has been with us since the day of our displacement,” she says. “It makes me think of Exodus, when God was with the Israelites as they left Egypt. He was their pillar of fire at night and cloud by day. He was always there. I could have left, but I chose to stay. I chose to let go of everything for the name of Jesus.”
Though many of us would fear it, Diana found that the letting go was not so hard. With Jesus, all things are possible. 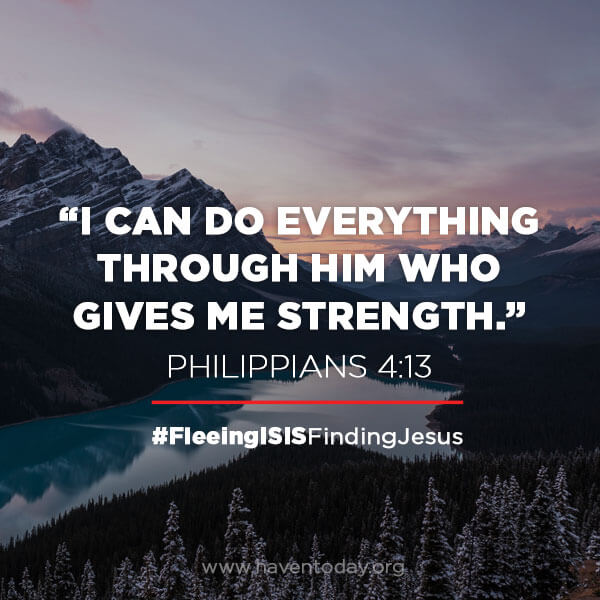 As you pray for strength for your day, pray that Diana might continue to draw her strength from the Lord.