“Through him all things were made; without him nothing was made that has been made. In him was life, and that life was the light of men.”

Have you known the joy of hearing a little child’s first word? When that sweet voice makes its first utterance, there is much rejoicing, even if the word is inarticulate.
Imagine hearing the sound of the first words at the beginning of time, words which spoke the whole universe into being! With authority we can’t begin to fathom, the first words bid the creation of light, sky, water, sun and moon, living creatures, vegetation, and people. Clear and commanding, these first words were recognized throughout time by each created thing. The Bible tells of times when the sun did not give its light; when water flowed or parted or stopped; when plants withered or burst forth; when waves, wind and stars obeyed; when animals opened their mouths to speak; when men, women or children heard that same voice and knew instantly to say to their Creator,
“Yes, Lord?”
His voice calls to you, too. Joyfully welcome it because the Word, Jesus Christ, was with God in the beginning, creating everything in its vast array, calling you as one of His own. 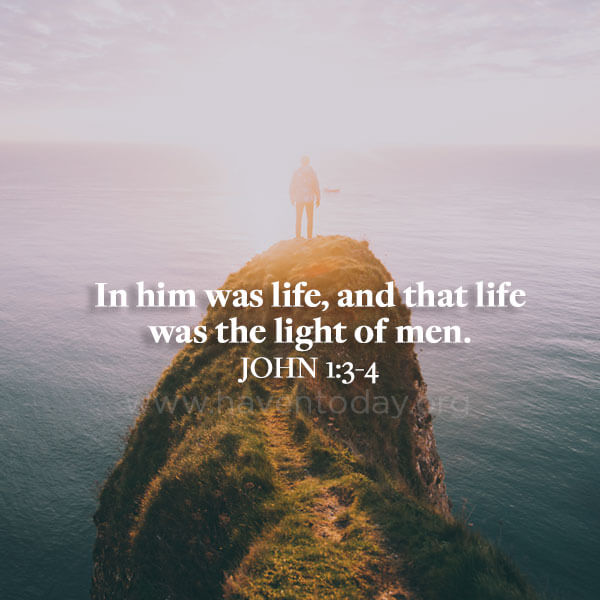 May we affirm the words of the contemporary hymn that “ancient words, ever true,[are] changing me, changing you” (Lynn De Shazo, 2001).