Now faith is being sure of what we hope for and certain of what we do not see.

The Hebrews definition of faith is quite straightforward. But we use the word in several different contexts. We have faith that we will wake up in the morning, that the earth will keep rotating, that the sun won’t lose its energy. We trust our plane won’t crash and our car’s wipers will work when it rains. We put a great deal of faith in science and in concepts like love and patriotism.
But saying that we have faith in God isn’t quite the same. Faith, in the spiritual sense, is a response to something God has given us. Abraham believed that God would give him a son in his old age, not because of something God showed him. Abraham simply trusted God’s Word to be true and that God is real. Paul later tells us that this faith was credited to Abraham as righteousness (Romans 4:3).
When we respond to God’s promises in faith, it means we are saying, “Yes… please,” to what was given to us through Christ. And though it requires so little of us, faith is the only currency we need to receive the life-changing gift of salvation. 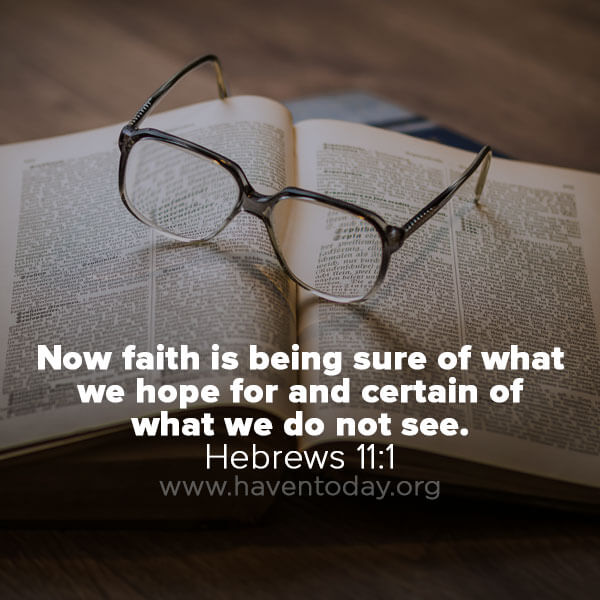 Faith happens when we believe but do not see. By it we are saved by grace. Faith always comes before understanding.