“The words ‘it was credited to him’ were written not for him alone, but also for us, to whom God will credit righteousness — for us who believe in him who raised Jesus our Lord from the dead.”

My father received a substantial inheritance from his father when he died. And I received a very special, antique rocking chair from him. Grandfather had rocked me in it for hours and hours when I was a baby suffering from croup. So he thought it was fitting that I would have it. Today it sits in my living room, a reminder of generational love.
But my dad’s inheritance didn’t last. He tried to make good investments, but a bad real estate market, some dishonorable tenants and a divorce wiped him out. By the time he passed away, there was nothing of a material nature for my brothers and me to inherit from him at all.
Fortunately, the inheritance we get from father Abraham is enduring. The faith that was credited to him as righteousness is also credited to us—not just Paul’s original audience—who believe in Him who raised Jesus from the dead. Christ’s righteousness credited to those of us who believe will pass to all generations of believers and endure forever. Its value can’t even be calculated! 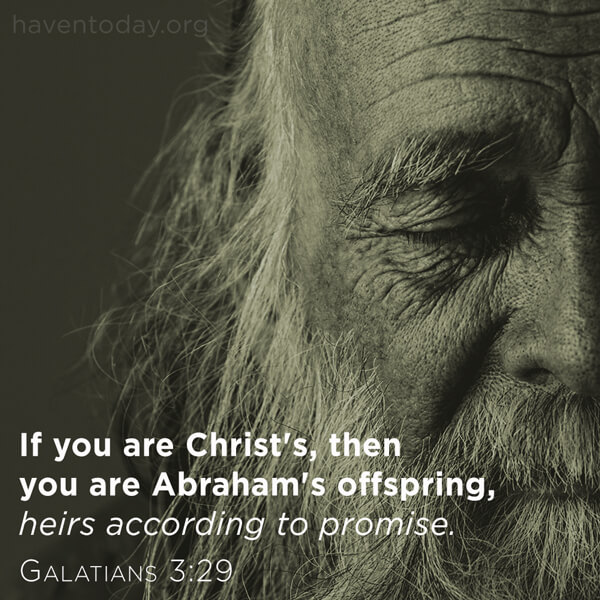 Your account with God is in the black because all of Jesus’ goodness has been credited to you!