“In their fright the women bowed with their faces to the ground, but the men said to them, ‘He is not here; he has risen! Remember how he told you while he was still with you in Galilee.’”

The faithful women went to the tomb with their spices and did not find the body of Jesus at all. Instead they were confronted by two angels questioning why they would look for the living among the dead. Would their faith at this critical moment find them sure of what they hoped for and certain of what they did not see? Then they remembered Jesus’ words to them earlier, and they knew they believed what He had said.

So they hurried to spread this message of renewed hope to the disciples. It seemed like nonsense. How could this be? Peter, John, and the others would need to see for themselves.

As we celebrate the resurrection of Jesus today, we too have to exercise faith. Our world calls us to a life of self-focus, to believe only what we have empirical evidence for. It calls the biblical accounts of the resurrection mere stories. But over the course of several days after Jesus’ resurrection, He appeared to hundreds of people. We have many eyewitness testimonies. Come see for yourself! Our Savior is risen, indeed! 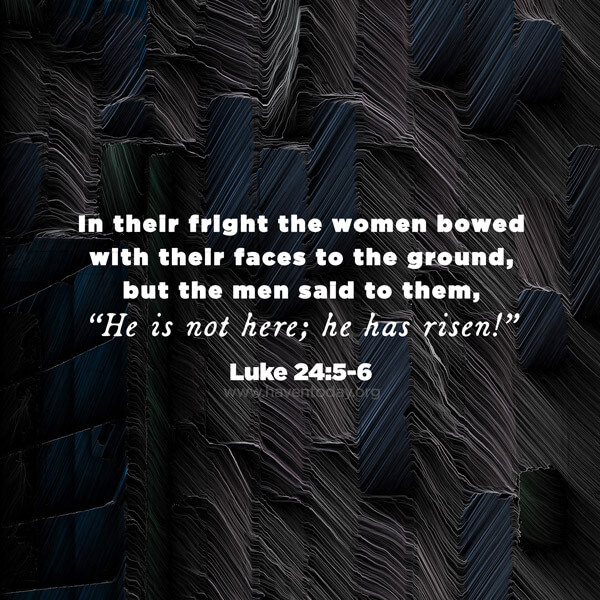 “Let us hold unswervingly to the hope we profess, for he who promised is faithful.” (Hebrews 10:23)