“We have this hope as an anchor for the soul, firm and secure. It enters the inner sanctuary behind the curtain, where Jesus, who went before us has entered on our behalf.”

You and I have given our word before. We may or may not have kept it. We’ve known people for whom we could say, “He’s a man of his word,” and others of whom we could not say that. I’ve given a skeptical nod to my kids who have at times promised to “never ever, ever, do such-and- such again,” suspecting it unlikely that they’ll be able to perfectly keep their word.
But as followers of Jesus Christ, we have “two unchangeable things” (v. 18) that we are anchored in: God’s promise of His blessing, and God’s oath confirming His promise. He gives His Word and never will it be nor has it ever been untrustworthy. He even swears it by His own name, the kind of oath, which means giving your very life if the promise should be broken. Isn’t that exactly what He did? Jesus gave His life, but not because of His own word’s failure. He gave it because our word would be broken again and again. Our promise to be faithful to Him would be a vow as uncertain as the shifting sand. But anchored in Him, we are firm and secure. 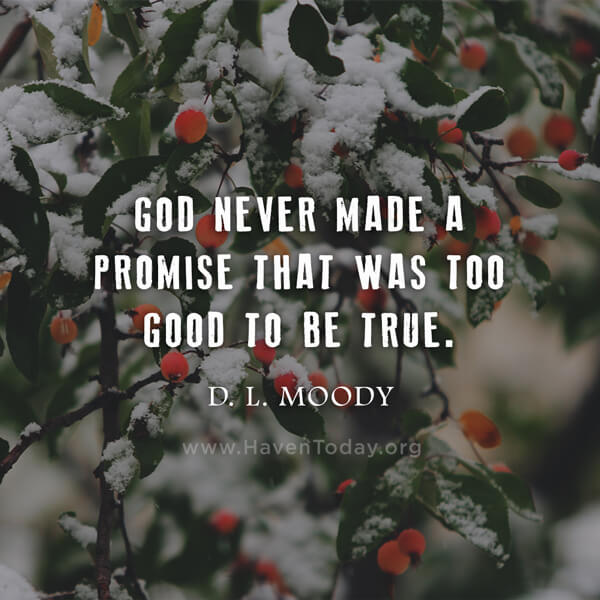 My hope is built on nothing less/ than Jesus’ blood and righteousness. (Edward Mote,1834)